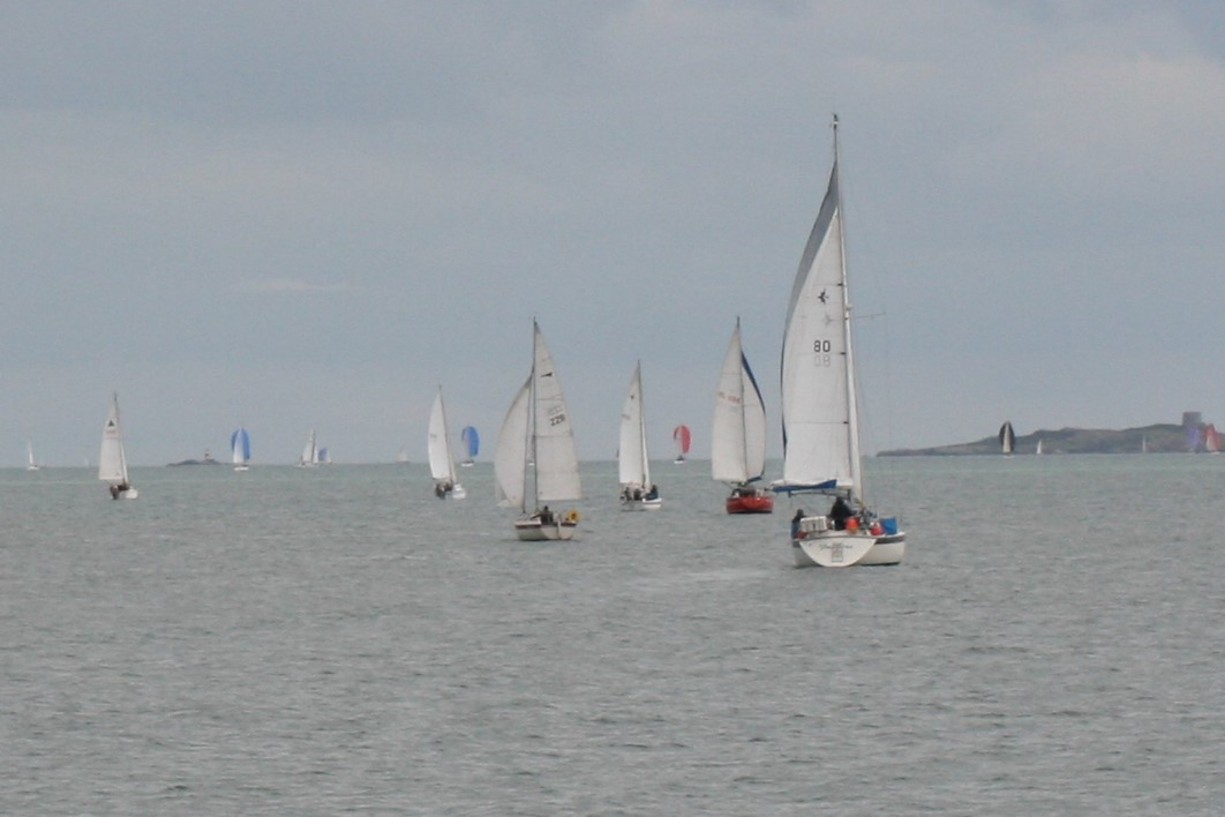 The CY&BC cruisers raced to Greystones on Saturday 12 August. A total of 11 cruisers raced - all sizes from Mick Gorman's 20' Sigma 'Carladan' to Declan Keane's 34' Falcon 'Fougere'. Our overseas members Alan and Aideen O'Brien joined the fleet sailing their Leisure 27 'Cameo'. Leaving with the tide and a following wind a most enjoyable voyage was anticipated. Speeds of 6 and 7 knots recorded through Dalkey Sound and the sailors who chose that route surely thought the race was in the bag! But some, going between Muglins and Dalkey Islands were on a better line for the finish - keeping well clear of Bray Head. The wind died and only four patient participants finished under sail - Freyja was first across the line followed ten minutes later by Carladan, then Sapphire and finally Cameo. The smallest boat wins again! Well done Mick Gorman - a worthy winner of the 'Bluebird Cup'.

Thanks to Brian Coghlan who took a great photo from the Poolbeg Lighthouse.