With the passing of the Summer Solstice, it was time again to focus one's gaze from celestial to nautical observations in particular the E Boat National Championships of 2019 hosted by Clontarf Yacht & Boat Club.

Ian Sargent was this year's Principal Race Officer. He made use of the very light conditions, wisely choosing to set 2 days of sailing within the confines of Dublin Port. Setting courses on the open sea and strong tide would have hampered and delayed racing and would not have allowed a full 6 races to be run.

Nevertheless in near perfect 'lake conditions', excellent courses were set each day providing lively competition for all testing both tactics and boat-handling of all competitors.

This year's National's saw a good turnout of 6 local boats and 3 very warmly welcomed boats from the Skerries Fleet. Skerries flotilla sailed down to Howth the evening before and headed straight to the start-line on Saturday morning (Eaglet which, due to engine trouble, unfortunately missed the first race). Last year's Champion (Pat O'Neil/OctopussE) was not present being heavily engaged in campaigning his J80 and preparing for J80 World Championships in Spain (Though missed we wish him well in his endeavours and await his return to the fleet). With several boats in ascendancy in both fleets - odds were even across 4-5 boats on who might lift this year's crown.

Steady light airs (5-7knots) were generally from the East for the weekend, meaning 'clean air' was the most important criteria. Skerries 'Easy Go' in Race 1 and 2 (windward-returns), sped off the start line in good air avoiding congestion at the committee boat. Enchantress, and Eagle Eye who showed good form in club racing this season (CY&BC) followed but failed to catch Easy Go who claimed the first 2 races. Race 3 saw a change in course layout from an Offset to an Olympic. Wylie Coyote finished with a commanding lead in a hotly contested race where positions 1st to 4th fluctuated on each leg. Eaglet finished 2nd, and Easy Go scored 3rd, to finish the day with a clear points lead. Battle for 2nd and 3rd was very open. 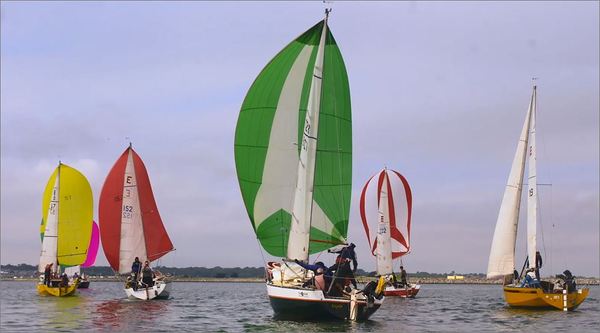 Day 2, the race officer took full advantage of the space within the entire harbour, setting excellent Olympic Courses. The 2nd leg a run down close into Bull Island promenade, made a perfect grandstand for onshore spectators and Sunday Strollers. Again conditions were light but constant, requiring only slight course alterations between races.Races were run efficiently and promptly started with little bias in the start line. Race 4 saw Enchantress executing a perfect race, leading with pace from the line to the finish, tactically controlling the race from the front. Race 5, Enchantress on port, found themselves rolled at the top-mark as they were closed out of the lay-line as the fleet came around closely packed together. Good boat handling saw Enchantress come back to 3rd. The race went to Easy Go who now had a commanding lead in the series. Skerries' Eaglet again showed strong form and saw off competition to finish 2nd in the race.

The last race of the day, winds were waning but still a fiercely contested race was had. Local boats Euro and Wylie contested valiantly but were no match for Easy Go and Eaglet. Easy Go, looked good for a 4th bullet at the last mark rounding, but Eaglet had the speed on the sprint to the line and claimed a deserved first. Euro having been in the running for the race, just didn't quite have enough juice in the engine and finished the day only yards behind 2nd. Wylie Coyote & Eagle Eye in the last 100 yards looked good for claiming 4th but were beaten by the beautiful E-Type who came up the last beat at speed on a fresh breeze after rounding the last mark in 7th.

In 15 years of competing in the E Boat Nationals, this year's deserved National Champion was Paul Hick and his seasoned team on Easy-Go. A strong performance and result that was a long time coming, it was great to see them succeed having missed out previously by only a few points. Enchantress (Skipper: Findlay Mac Donald) and Eaglet (Skipper: Bernie Grogan) were this year's runners-up. With many boats sporting fresh crew it was good to see a mix of results across the championship and closeness in the racing. There is great potential in the fleet and next year's championship will again be hotly contested as crews refine and boats improve. Thanks goes to the hosts at CY&BC, and all crews for enthusiasm and camaraderie for making eboats a fun and lively class. 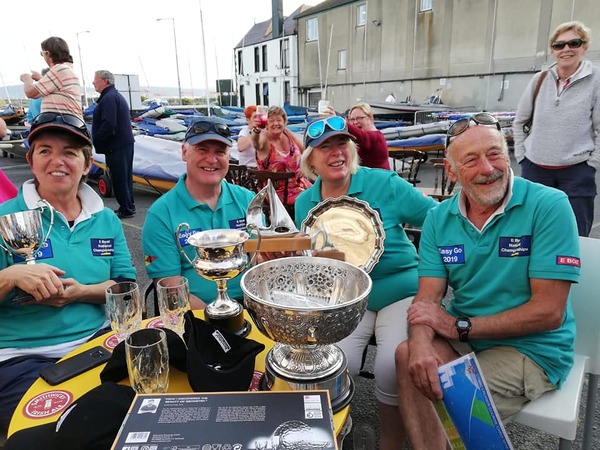 The E Boat Class are classic 'IOR Mini-Tonner' light displacement racing yachts, designed by Julian Everett designer of many an elegant yacht. They are a competitive one-design, rate well in IRC and have won the ICRA National Championships. Fleets in Skerries and Clontarf remain active and engaged and are always welcoming of new boats and skippers. 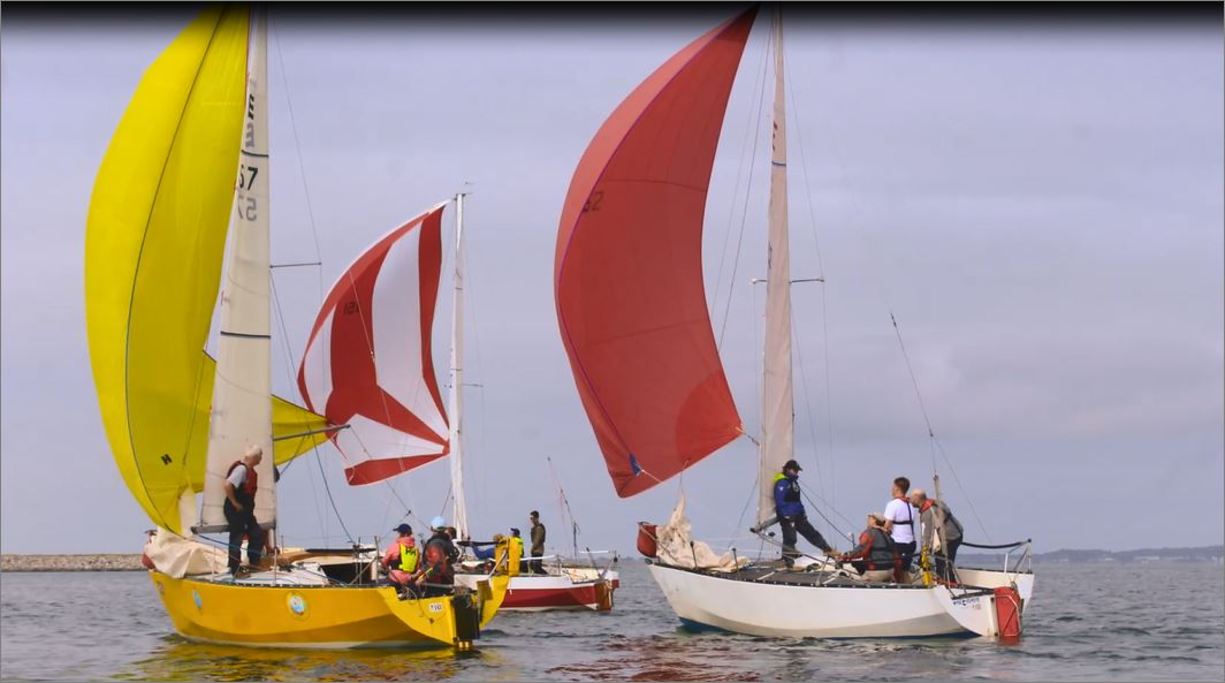